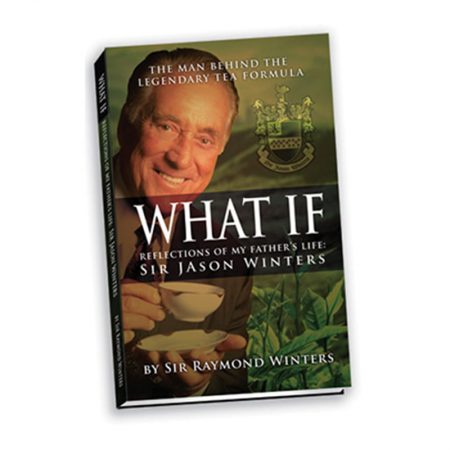 Just add 1 book to your cart, and we’ll send you a 2nd free of charge!

The book is also available for the Amazon Kindle Digital Book Reader, Barns & Noble Nook and from iTunes!

“What If” is the incredible true life story of Sir Jason Winters. From WWII ravaged England, to the deserts of the American Southwest. Over 1,000 miles down the Mackenzie River by canoe. Across the Canadian Rocky Mountains by hot air balloon. He was the first Canadian to attempt the crossing of the Atlantic Ocean by balloon and tested seat belts by smashing cars through brick walls in New Zealand. Sir Jason had many adventures, and then came the biggest test of all – Terminal Cancer at age 46. His epic struggle led him on a worldwide search for help that ultimately saved his life.

This book is a deeply personal look at Sir Jason’s life and death struggle and his will to survive.

The author, Sir Raymond Winters, was educated in England, Canada, Australia and New Zealand. He served in the same regiment in the Canadian Armed Forces as his father, worked alongside him for over 20 years building an international herbal tea company, and knighted in Malta into the same Order as his father…

Breakthrough – 2 For The Price of 1