Maintaining intestinal health has been a concern since ancient times. Ancient Ayurvedic doctors or Rishis understood over 5000 years ago that keeping the digestive system healthy was the cornerstone of maintaining overall good health. One herb used for digestive health is psyllium, also known as Isabgol or Ispagula in ancient Persia.

Sir Jason Winters himself firmly believed that completely natural products could often provide the best nutritional benefits for our bodies. As we mentioned in an earlier article about psyllium here on our blog, the use of psyllium as a natural health supplement spread from Asia and the Middle East to Europe. Later it came to the Americas and elsewhere around the world and has been used to help maintain digestive and intestinal health.

Psyllium husk powder is derived from one of approximately 200 species of the plant genus. The most common plant used in the health supplement market is the plant Plantago ovata, also known as blonde psyllium seed. 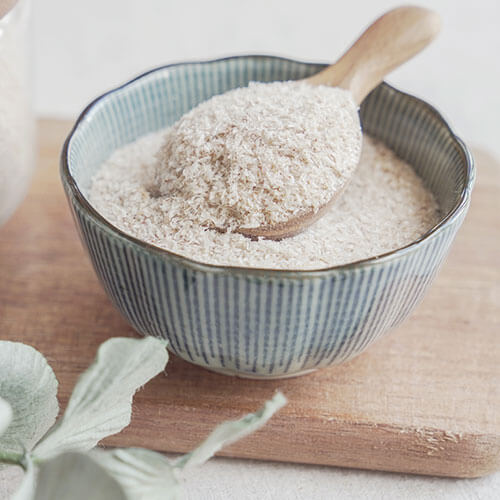 Psyllium seed husks offer a gentle, 100% natural way to increase important dietary fiber. The fiber is water-soluble, and when taken internally with plenty of water, it expands within the digestive tract. The naturally occurring coating on the seeds produces a kind of gel or mucilage that is most commonly used as a laxative. Psyllium can also make you feel full, so you are less likely to feel the need to snack between meals.

Psyllium seed husk is approved by the Food and Drug Administration (FDA) for use as a laxative. The FDA also acknowledged using psyllium seed husk as a food source to help lower LDL cholesterol if used according to product label recommendations.

What Is Psyllium Used For and Who Can Take Psyllium Seed Husk Powder?

Psyllium is often used as a natural thickener in foods such as ice cream, frozen yogurt, breakfast cereals, nutrition bars, and other foods to add dietary fiber.

As we mentioned earlier, psyllium is most often used as a bulk laxative and is used to relieve bouts of constipation. Most dietary fiber is obtained from fruits and vegetables that we eat. These foods and psyllium absorb water within the body to keep things moving through the intestinal tract. The increased moisture in the stool reduces the time it takes for the nutrients from the body to be absorbed and then lubricates the intestinal tract so that what isn’t used can be eliminated.

Researchers have also widely studied psyllium seed husk as a supplement for:

In most cases, psyllium seed husk powder is generally considered safe. There are those, however, who have certain health conditions that are advised to avoid taking psyllium without checking with their doctor first. These conditions include:

Using too much psyllium and not enough water can cause the mixture to become gelatinous in the stomach or even thicken to the consistency of wet clay. Too much psyllium powder can also cause the intestinal tract to become blocked or even impacted. Those who have learned this through personal experience have found that too much fiber can cause a great deal of pain and discomfort. It can also take a while before such blockages can work their way through the digestive system.

Other side effects of improper use of psyllium may cause:

For these reasons, it is essential to follow the instructions on the label carefully. 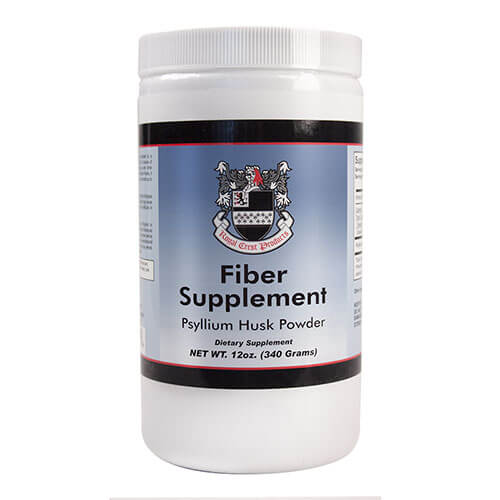 For our Sir Jason Winters Colon Cleanser / Fiber Supplement, we recommend mixing one teaspoon of the powder mixed into at least 12 ounces of water or juice and drink. Once it is dissolved, be sure to drink it immediately. Letting it sit will cause it to become thicker and less palatable.

You may take our fiber supplement 1 to 3 times per day or as directed by your doctor. What’s so great about our fiber supplement is that we use only the highest quality psyllium, and there is no added sugar like other fiber products. That means all that you get is the all-natural goodness of psyllium!

Along with a healthy diet and exercise, if you decide to take this or any other dietary supplement, it is important that you speak with your doctor or other healthcare professional first.

You can order a 12-ounce canister of our Sir Jason Winters Colon Cleanser and Fiber Supplement, regularly priced at $22.50, now specially priced at just $11.50 each. We also offer our convenient subscription service so that you can have your Sir Jason Winters’ products delivered safely and directly to the door of your home. Using our subscription service once every month or every two weeks, you can save an additional 5% off our already low price!

If you are unsure of what Sir Jason Winters products to order, we also offer convenient eGift cards. A gift certificate from Sir Jason Winters International will allow you to give the gift of good health to yourself or to someone you love in any denomination that you choose. Simply provide us with their email address and the amount, and we’ll do the rest!

Green Tea’s Benefits for Your Skin