As hectic as the holidays are, there is the undeniable chill of winter after the New Year in the air. Why not indulge yourself in a cup of tea as a way to destress after the holidays? Having a cup of tea can be the perfect way to warm yourself up any time of the day or night.

Here is a list of the top 10 benefits that come with making tea a part of your day year-round. 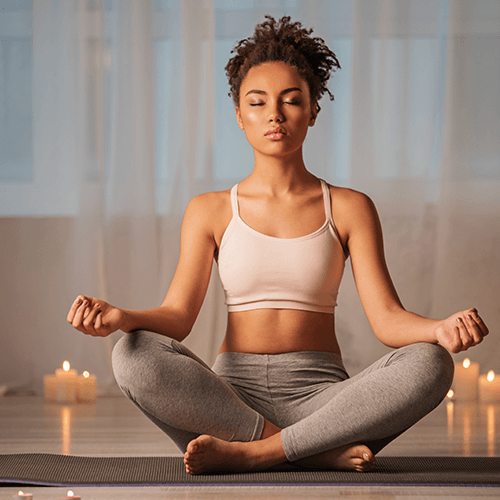 By now, almost everyone has thought at least a little bit about what they want their 2022 to look like. Fulfilling the New Year’s resolutions we make to ourselves every year isn’t meant to be stressful, but it could be. Having a cup of tea can help reduce daily stress and make it easier to achieve those resolutions.

Tea Can Help You Meditate

For centuries, cultures throughout Asia have made the preparation and consumption of tea both a meditative and ceremonial process. Shinto and Buddhist monks regularly drink tea before meditation because it creates a feeling of calm and relaxed sense of focus.

Again, the L-theanine acts to relax the body and ease what is commonly referred to as “monkey brain.” Drinking a cup of tea can shut down the mind chatter for those who have begun the practice of meditation. In its place, tea can offer a sense of awareness and relaxation during the meditation process.

Tea Can Help You Lose Weight

Many people resolve that they want to try to lose or maintain healthy body weight. Tea has been shown to help increase the body’s overall metabolism, improve blood sugar levels and increase fat oxidation.

The flavonoids in tea known as catechins give your metabolism a boost. This boost can increase the number of calories you burn and reduce white fat cells in the body while increasing brown fat cells, which help us to burn calories.

Tea also acts to reduce cravings so that you feel fuller longer, which makes it far less likely that you’ll be tempted to snack between meals. According to a study conducted in 2017, those who consumed between 2 and 6 cups of green tea per day for a period of three months or longer had less body fat and weighed less than those who drank less tea or none at all.

Scientists have found that many health conditions and chronic diseases in the body such as diabetes and cognitive disorders, such as Alzheimer’s Disease, can be traced back to inflammation. The primary polyphenols found in tea known as ECGC (Epigallocatechin gallate) contain several times more anti-inflammatory properties than Vitamin C.

Tea Can Be a Great Substitute for Sugary Drinks

In the past, we discussed why black, green, and herbal teas are so much better for you than high-sugar content sodas and even fruit drinks. If one of your resolutions this year is to reduce sugar, getting out of the soda or juice habit, drinking tea instead can be ideal. The naturally occurring polyphenols in tea can help reduce the cravings for sugar and help normalize glucose levels in the body.

Tea Can Improve the Health of Bones and Teeth 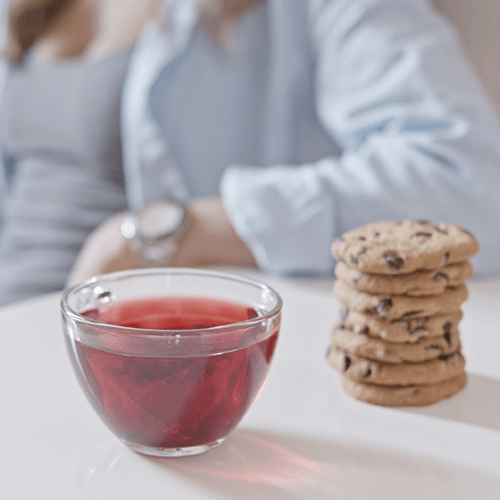 One of the thousands of chemical constituents found in the teal plant is a naturally occurring type of fluoride. Fluoride, along with ECGC, helps reduce the amount of bacteria in the mouth that can cause tooth decay, gum recession, and tooth loss. Chinese researchers have also found that the catechins in Green tea may also help prevent bone loss or osteoarthritis.

Along with following through on any commitment to eat healthier that you may have made, when drinking tea regularly, you may find that your digestive system seems happier, too.

Scientists have found that the polyphenols found in tea help to increase the amount of beneficial gut flora in our stomach and intestines. These beneficial bacteria act to support the digestive process and reduce harmful bacteria that can cause stomach upset or conditions such as irritable bowel syndrome.

Tea Can Boost Your Brain Power

While you might think that it’s the caffeine that helps us fight off brain fog first thing in the morning or lifts us up in the middle of the day, you would be only partially correct. Tea also contains compounds such as L-theanine, which has been shown to improve brain function by increasing the ability to concentrate and focus without adding a feeling of ‘jitters’ that the same amount of coffee might produce.

Research has shown that while both caffeine and L-theanine can help increase awareness and mood on their own, they seem to work very well together and may reduce the risk or slow the progression of cognitive brain diseases such as Alzheimer’s, dementia, or other neurodegenerative conditions.

Tea Can Improve Your Cardiovascular Health

According to the American Heart Association, drinking at least one cup of tea per day can help lower LDL or “bad” cholesterol in the body while boosting the HDL or “good cholesterol.” Tea has also been shown to increase healthy blood flow, reduce high blood pressure, and decrease stroke or hardening of the arteries. A Japanese research team found that consuming tea lowered the chances of dying from cardiovascular-related death by as much as 16%.

Drinking Tea Can Lower the Risk of Certain Cancers

The antioxidants contained within tea have another potential benefit; scientists have found a direct correlation between drinking tea regularly and a decreased incidence of certain forms of cancers such as breast, bone, prostate, colorectal. A study conducted in Japan in 2006 indicated that the polyphenols contained in teas were shown to inhibit carcinogenic cells and were chemopreventative in those who consumed three or more cups per day.

Please note that all information provided on this blog is not intended to recommend, diagnose, treat, cure or prevent any medical condition or to replace the advice of a qualified doctor or other healthcare professional. Before consuming tea or any other natural health supplement, please consult with your doctor.