Blog - Latest News
You are here: Home1 / Sir Jason Winters Blog2 / The Potential Health Benefits of Tea for Your Brain

Believe it or not, brain health is another excellent reason for making tea a habit throughout your day. There have been quite a few studies done on this! The next time someone asks you why you drink so much tea instead of soda, point them toward some of this research. You might get them to join you. 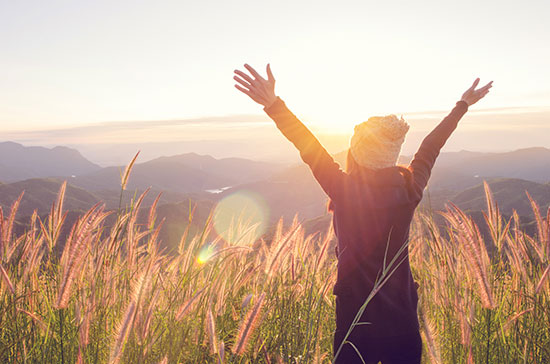 A recent study conducted at the National University of Singapore (NUS) between 2015 and 2018 found that tea offers regular drinkers of the beverage had brains that aged slower. They were better organized, more relaxed, and could handle stress better.

Also participating in the study were researchers from the Laboratory for Brain-Bionic Intelligence and Computational Neuroscience, Wuyi University in China, the University of Essex, and Cambridge University in the United Kingdom.

The study participants were all over the age of 60. They were divided into regular tea drinkers and a control group. The research teams took MRI scans of each of the participants.  The scans showed that there was indeed a positive effect on the brain’s structure with greater strength in functional connectivity.

The NUS research team also reviewed an additional nine studies on the prevention of Alzheimer’s disease in patients who consumed black, green, Oolong, and herbal teas. In eight of those studies, researchers found that those who drank four or more times per week were more organized and efficient with fewer errors.

The abstract of the study states:

Our study offers the first evidence of the positive contribution of tea drinking to brain structure and suggests a protective effect on age-related decline in brain organization.

So, how does it work?

Numerous studies have affirmed what both Traditional Chinese Medicine (TCM) and Ayurvedic healers in India have known for millennia: that drinking tea is of great benefit to human health. Of course, here at Sir Jason Winters International, we believe that you should drink tea as often as you like, preferably every day. The recommended “dose” for taking tea in a balanced way is between one to four cups of tea per day according to Chinese and Indian medical texts.

The reason tea works so well is because of numerous compounds found in the leaves. The research in the NUS collaborative study showed that the chemical L-Theanine acts as a stress reducer and works to reduce heart rate while caffeine works to enhance the brain’s ability to focus and reduce cognitive decline. Drinkers reported mood improvements and stress reduction after drinking tea.

Other chemical constituents found within tea work to assist in boosting brain power and can act to slow decline in the brain as we age. These include polyphenols, catechins, and other phytochemicals. Catechins have been found to be beneficial to cognitive health. Catechins act to improve both recognition and short-term memory by improving efficiency. Professor Lei Feng, one of the authors of the Singapore study, likens this efficient brain function this way.

“Take the analogy of road traffic as an example. Consider the regions in the brain as destinations, while the connections between the brain regions are roads. When a road system is better organized, the movement of vehicles and passengers are more efficient and uses fewer resources.”

Professor Feng went on to explain that when brain resources are more organized and the study directly shows that the positive effects of regularly drinking tea helped to prevent interruption of the flow of information between the different regions within the brain.

Tea also contains powerful antioxidants like Epigallocatechin gallate (EGCG) by increasing cognition and alertness. According to an article appearing in the Journal of Alzheimer’s Disease, EGCG, along with exercise has also shown promise in lessening the disease on Alzheimer’s patients.  University College in London also found that those who drank at least one cup of tea lowered their risk of developing the symptoms of dementia or depression by as much as 21 percent.

Tea may also help to increase your creativity, too!

According to an article appearing on the Science Direct website, drinking tea can also increase some forms of creativity. In 2017, a group of researchers conducted a study that recruited 50 student participants. The students were asked to perform a variety of tasks that required creative thinking. Half were given a cup of tea while the others were just given warm water.

The report showed that the group of students who were served tea consistently came up with creative solutions including spatial cognition, mental adaptability, semantic imaging, and similar responses needed for the tasks that they were assigned.

The team of researchers then conducted a second study, which involved 40 participants using the same parameters. Consistent with the first study, those who were tea drinkers came up with my creative solutions for the same assignments. 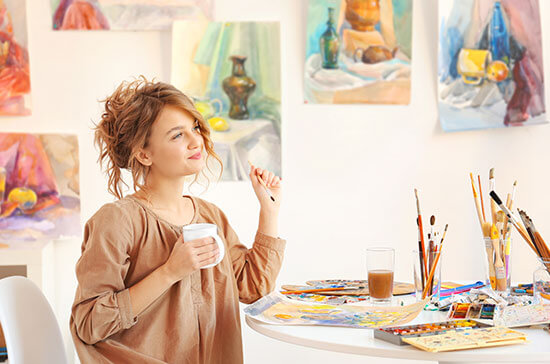 As you might expect, the caffeine found in tea is an excellent brain booster and naturally works to increase alertness, cognition and reduce fatigue and tiredness by preventing the release of adenosine, which can make us feel tired. By blocking adenosine, according to University of Chicago behavioral pharmacologist Emma Childs, “…..by blocking those effects of adenosine, you’re actually increasing central stimulation. You’re actually increasing the activity of the central nervous system.”

Rather than making us jittery, enjoying a cup of tea can revitalize us in the same way as a nap might do. Childs warns, however, that the caffeine in tea cannot replace sleep.

By allowing ourselves the enjoyment of a cup of tea, we can potentially increase our good health, and give ourselves a sense of well-being through relaxed attention and increased productivity. Tea also improves creative function and slows brain decline.

It’s easy to start a tea habit if you always have a bag handy. Sir Jason Winters International offers tea subscriptions for our world-famous tea blends!

“20,000 Secrets of Tea: The Most Effective Ways to Benefit from Nature’s Healing Herbs” by Victoria Zak, 2000. New York: Bantam, Books.

The Art of Tea: How to Purchase, Store, Brew, and Enjoy It
Scroll to top