Krill are small cold-water crustaceans similar to shrimp. Larger fish such as salmon, whales, and other predators consume them as a primary food source. Krill contains the essential Omega-3 fatty acids EPA and DHA, the same that are found in fish oils. 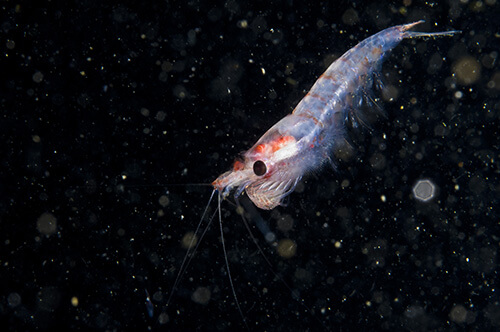 Fish oil has received a lot of attention for its Omega-3 fatty acid content. They are an essential part of a healthy diet and can be found primarily in fish and nuts. However, ingesting fish oil makes some people gassy and can leave an unpleasant aftertaste.

Krill oil, on the other hand, is easier to digest and does not tend to cause the same side effects as other fish oils. But it’s not just a lack of side effects that have people talking about it. The most compelling benefit for choosing krill oil over fish oil is that researchers have found that the Omega-3’s, 6’s and 9’s found in krill oil are more easily absorbed in the body. A recent study found that 1,000 mg of krill oil had as much bioavailable Omega-3’s as 3,000 milligrams of fish oil.

But there are far more potential health benefits to regularly taking krill oil than getting a balanced diet. Here are some of the possible benefits of this healthful supplement.

Omega-3 rich foods are part of a heart-healthy diet. However, even with a good diet, almost everyone could stand to take a supplement to raise their levels of Omega-3’s. Fish oil does work, but krill oil has shown potential in ensuring better heart health through the prevention of heart disease.

According to many research studies conducted over the last decade, krill oil can prevent hardening of the arteries and atherosclerosis as well as the reduction of high blood pressure, potentially reducing the risk of stroke or heart attacks substantially.

Researchers have found that low metabolic rates may be one root cause of obesity and can additionally lead to cardiovascular problems.  By consuming Omega 3’s like those found in krill oil, you can reduce fat deposits in the body by improving your overall metabolic rates. 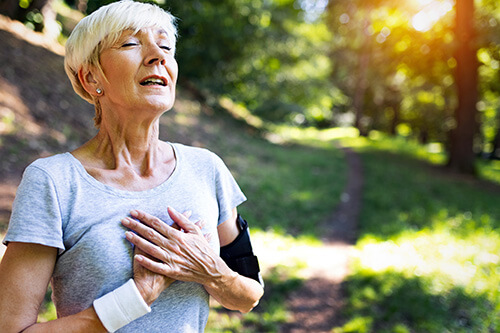 There are even more possible benefits to be found from these little shrimp-like creatures. Studies show that certain types of cancer don’t like krill oil. The Omega-3’s found in krill oil have been found to induce apoptosis (cell death) in cancer cells.  By taking a daily krill supplement, you might be able to reduce the chances of cancer, including cancers of the breast, colorectal, and prostate.

Krill oil has also been shown to reduce insulin resistance within diabetic patients and help them better regulate their glucose levels. This may be due to the satiating effect of fats in general.

Memory, brain health, and age-related cognitive function are of great importance.  Because most people are deficient in Omega 3’s, taking a krill oil supplement can help improve concentration and improve memory by reducing oxidative stress within the brain and stimulating blood flow and clearing out plaque by acting as a vasodilator.

According to a recent study by a team of ophthalmologists, Krill oil supplementation has shown great promise in helping to reduce the symptoms and effects of dry-eye disease.  The study showed that through increasing Omega-3’s, the concentration of tears was increased while reducing redness and soreness that often comes from dry-eye disease. 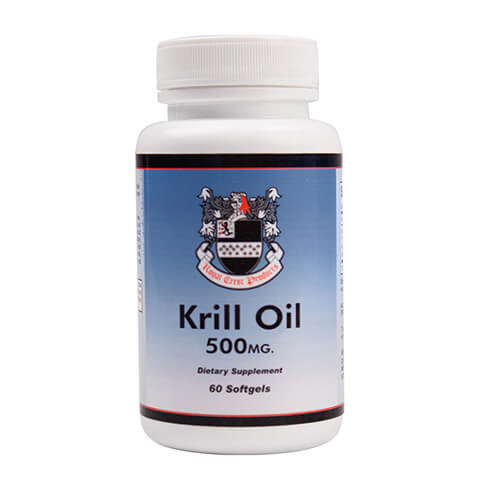 Sir Jason Winters International is proud to offer our own Krill Oil supplements in 500-milligram soft gelatin capsules. Taken once or twice daily with meals, our krill oil capsules will provide you with the optimum level of Omega-3’s your body needs.

Of course, when taking any nutritional supplement, it’s important not to exceed the recommended dosage and for you to consult with your doctor or healthcare professional before doing so.  This precaution is especially important if you have any medical conditions which might be affected by taking krill oil. This includes women who are pregnant or nursing, those with allergies to shellfish or seafood, or those who are prone to bruising easily, taking blood thinners or any other medications that may be affected by taking a supplement.

Our bottle of 60 soft gelatin capsules, regularly priced at $29.99, is available for the excellent price of just $12.99 per bottle. You can also save an additional 5% on each order by subscribing to our bi-weekly or monthly subscription service.

Protecting Your Health with Resveratrol

The Ancient Power of Xian
Scroll to top