If you’ve ever gone hiking in the fall months and came back home covered in burrs, chances are you’ve met a burdock plant.  What some might consider a weed is actually one of the most powerful herbs in every modality around the world 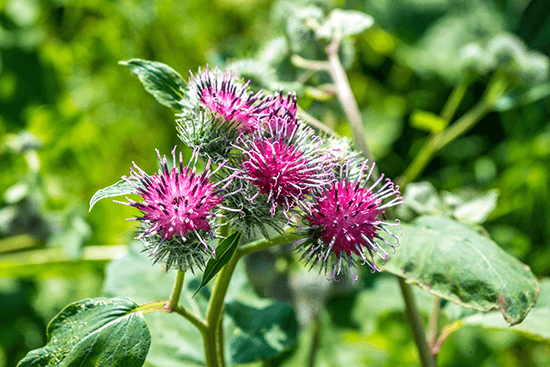 Arctium lappa, also known as the cocklebur, has been widely used both as a food and as medicine throughout Europe, India, China, Japan, and other portions of  Asia since at least the time of First Century Greek physician, Dioscorides.

This herb’s botanical name comes from the word Arcteion, meaning “Bear Plant,” while the second term, lappa, comes from the Greek word meaning, “to hold fast.” It seems an apt description because of the furry appearance of the plant’s seed pods and their tenacity when sticking to everything it comes into contact with.

In Traditional Chinese Medicine or TCM, burdock goes by the name of Niu Ban Zi, Gobo, or Wu shi in traditional Chinese medicine. In China, the leaves and roots are often cooked and eaten as a vegetable. Medicinally, burdock acts to both cool a fever or heat parts of the body that are affected by cold and damp. Because of this latter action, it is traditionally used in China as a treatment for pneumonia.

It was in the latter part of the 17th Century that European immigrants introduced it into the Americas.  Interestingly, the Native American Indians also considered it to be “bear medicine.”

Burdock is a widely distributed plant which grows biennially. It has broad, rough-looking leaves and thistle-like flowers that grow from a center stalk that can reach a height of up to six feet.  In the fall, the flowers become seed pods that attach themselves to passing animals or humans.

The roots are dug in the fall within the first year of its growth or in the early spring of its second year. Mature burdock seeds can be harvested in the fall of either its first or second year.

The Amazing Benefits of Burdock 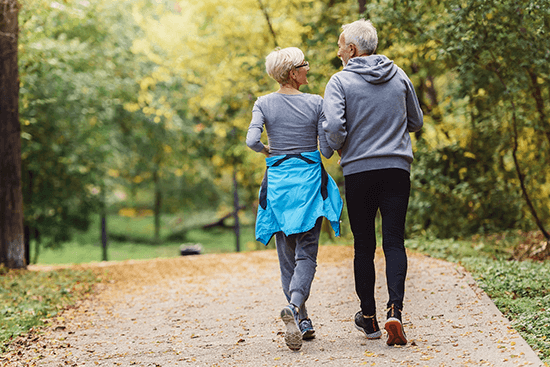 Herbalists around the world acknowledge the many potential health benefits of burdock. Burdock seeds, leaves, and roots are used medicinally in the form of a tea, tincture, or ground and taken in capsule form.  Here are just some of the ways that burdock might help promote good health within the body.

Strong antioxidant properties – Burdock contains powerful antioxidants that can help to prevent stresses in the body that can lead to colds and flu.

Blood Purifier Extraordinaire – Burdock root is rich in iron and can act as strong blood and lymphatic purifier that has been used to treat hepatitis and other liver diseases.

Anti-Cancer Properties – Over the centuries, burdock has shown strong efficacy in helping to inhibit the growth of cancerous and pre-cancerous growths in the skin, throat, cervix, uterus, breast, liver, pancreas and the gastrointestinal system.

Pain Reducer – Burdock can act to reduce joint pain and the symptoms of rheumatoid arthritis.

Potential Diabetes Treatment – According to a study conducted at Université Montpellier in France in 2014, researchers found that burdock contained compounds that helped to reduce insulin complications in diabetic patients.

Fights Infections in the Bladder and Urinary Tract – By increasing the flow of urine, burdock root acts as a potent diuretic that can address chronic cystitis and bladder infections.

Lowers & Normalizes Cholesterol – Burdock has shown great promise in reducing levels of LDL or bad cholesterol within the body. 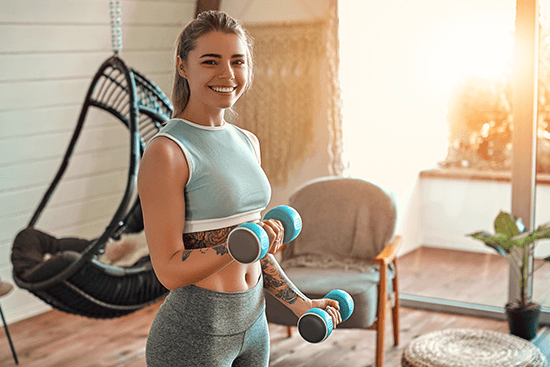 Helps to Lose or Normalize Weight – Burdock has shown that it can help to promote healthy, gradual weight loss. It has also been used to address symptoms of excessive weight loss like anorexia nervosa.

Antiviral and Antibiotic Properties – Researchers in China and Germany have found that burdock root is an effective antibacterial and antiviral against a broad spectrum of illness-causing pathogens.

Treats Hair Loss – As a wash, a decoction of burdock seed has been used to reverse mild conditions of the scalp, including alopecia or hair loss in both men and women.

Treats Skin Conditions –  While all parts of the burdock plant have been used to treat those who have been exposed to poison ivy, poison oak, and help ease the pain of exposure to stinging nettle (Urtica dioica.) Used externally as a wash, burdock has been used to alleviate other skin conditions such as acne, contact allergies, hemorrhoids, psoriasis, bruises, and chronic sores.

Promotes Healthy Digestion – Because of the alterative nature of this herb, it acts to restore the body back to health gradually. Because burdock is a bitter herb, it works to stimulate the digestive juices, particularly the bile.

When used with other herbs such as Red Clover (Trifolium praetense) and Dandelion Root (Taraxacum officianale), it can act as a tonifying agent to help organs within the body reach a more normalized state. It stimulates the metabolism through the liver and the lymphatic system so that waste and toxins can be more effectively eliminated from the body.

As with any herb, you should always consult your doctor or healthcare professional before taking them. Though generally considered safe, it’s essential to take burdock wisely and in moderation.  There are some conditions, however, where it is probably best to avoid burdock. For example, if you are currently, or are trying to become pregnant, it is best to avoid taking burdock root.  If you suffer from anemia.

Burdock is a member of the same botanical family as daisies and chrysanthemums. If someone is allergic to these types of flowers, they may also be allergic to all parts of the burdock plant as well.

Putting the Power of Burdock to Work for You

In his many years of studying herbs and traveling around the world to learn about them, Sir Jason Winters became well acquainted with the effectiveness of the burdock. He then added burdock to five more of the world’s most powerful herbs to create his supplement formula, The Ultimate Combination or TUC.

Each capsule contains a formula of Burdock Root, Cayenne, Elecampane Root, Gotu Kola Herb, Herbalene, and Indian Sage Leaf.  One or two capsules taken with food each day, and you can experience the power of burdock for yourself.

Each bottle contains 60 capsules. Regularly priced at $17.50 per bottle, you can save on our TUC formula and order it for the price of just $15.95.

Or, if you want to save an additional 5%, take advantage of our convenient subscription service and have your supplements delivered to your doorstep every two weeks or once per month. Because this is such a great deal, we are limiting quantities to just five bottles per subscription.

Give yourself or someone you love the gift of good health by ordering our TUC formula today.

The Power of Psyllium
Scroll to top