“I’m not a Jedi, no. I made Jedi friends because you get better prices when you drink with your clients…even if you’re only drinking tea.” – Antron Bach from “The End of History” by Alexander Freed

This month, fans worldwide will celebrate International Star Wars Day on May 4th. It’s no secret that here on Earth, tea is the most consumed beverage next to water.

However, it may come as a surprise that tea was also extremely popular a long time ago in a galaxy far, far away! Here are some tea traditions from that franchise, and how fans of Star Wars use our tea traditions to show off their support. 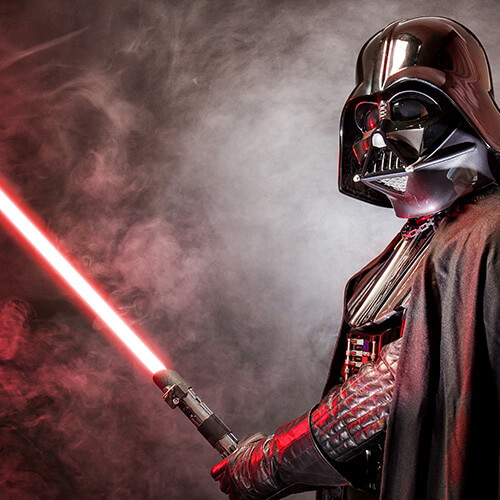 According to the online website, Wookiepedia, on Princess Leia’s homeworld of Alderaan, many people were avid fans of various forms of this non-alcoholic beverage. The most mentioned and consumed tea in the universe is tarine tea, made from the leaves of the tarine bush. We can assume that the tarine tea leaves are prepared similarly to how the leaves of the tea plant or Camellia sinensis are processed here on Earth and make up most of our teas.

On Mandalore, where we first encountered Grogu, also known as the Child or Baby Yoda, they made a favorite tea from the buds and flowers of the Cassius tree.

Other cultures within the Star Wars Universe that enjoy indulging in a cup of tea of one kind or another include Christophsis, Lotha, and Gatalenta.

It will please tea drinking fans of Star Wars to know that one of Disney’s “The Mandalorian” characters, Kuiil, re-programmed an Imperial assassination droid to perform the gentle art of serving tea expertly.

In a similar story, an archeologist in the emperor’s service wanted to interrogate a captured rebel. His approach was much more civilized than how others might approach such an encounter in that he served her tea instead.

According to the Star Wars canon, during the Clone Wars, a group of smugglers led by Tee Va came to Mandalore to distribute a carbonated tea known as Ardees. Ardees became so popular that smuggler profits on the sale of this tea more than doubled. Later, it was found that much of the available Ardees tea had been diluted with a dangerous chemical called Slabin, which made many people sick, including a group of children from Sundari. Senator Padme Amidala, the Duchess of Mandalore, and the Satine Kryze shut down Tee Va’s operations and had him and his fellow smugglers arrested.

It seems that no matter where you go in the galaxy, teahouses could be found on almost any world. On the worlds Batuu and Tatooine, Bantha Chai is an immensely popular beverage. The fresh blue milk of a Bantha is combined with tea and a variety of aromatic spices slowly heated to perfection. In the regions of the Outer Rim, genuine Moogan tea was brewed daily at teahouses everywhere.

However, when the Commerce Guild took over the planet Mooga and, in particular, tea production on that world, the Guild trademarked the recipe and renamed it Ardees. This was met with opposition from various owners of teahouses, who then continued to brew and serve it in its original form of a frothy, spicy tea, making sure not to attract attention from the Commerce Guild. It is said any respectable barkeep in the galaxy knew how to make Moogan Tea in its original form, and because of its extraordinary taste, both barkeep and customer would be more than willing to take the risk.

Star Wars is, without a doubt is one of the most successful movie franchises in history. According to Wikipedia, Star Wars has generated some $69.4 billion in total revenue from the films, but mainly from spin-off merchandise that has been distributed around the world since the series’ first release. 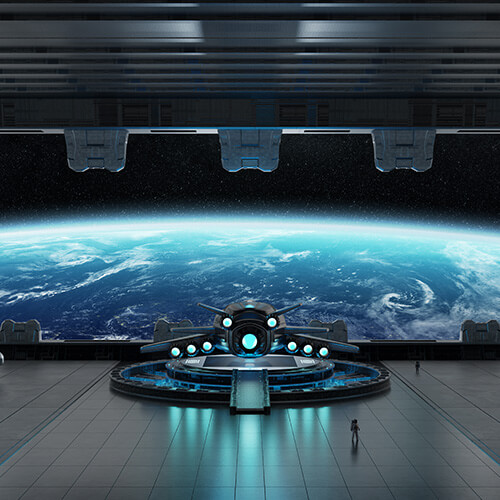 Merchandising experts estimate that much of the Star Wars franchise’s sheer value is due primarily to merchandising of series-related products. Since George Lucas created the first film in 1976, fans have been actively enjoying and consuming spin-off products that were, as of 2021, estimated to be $42.217 billion.

No matter how long someone has been a fan, many of these items are highly sought by collectors.

These products included t-shirts, comic books, costumes, action figures, games, jewelry, and Lego sets, to name just a few. And Star Wars merchandise isn’t just being sought by kids. Parents and even grandparents who were influenced by the series and grew up as fans are some of the most avid collectors. Many of these collectibles don’t just sit on a shelf; they are items that are used in daily life.

Various tea companies have even created licensed tea blends that tie in with Disney’s The Mandalorian. Over the years, there have been countless teapots and mugs in the shape of beloved Star Wars characters and prop items, and there’s even a tea ball that looks like the Death Star with an Imperial T.I.E. fighter attached to the end of a chain.

Tying in Star Wars to tea consumption has become so popular that some restaurants, such as the Anti-Dote Restaurant at the Fairmont Hotel in Singapore, featured a Galactic Afternoon Tea menu of its own to highlight International Star Wars Day (May 04). Canapes and pastries in the shape of Yoda, Darth Vader, or other Star Wars characters feature as appetizers and finger foods.

What kind of things are you planning to do to celebrate Star Wars Day? Let us know on our social media on Facebook and Instagram!