Looking at the products that are available here at Sir Jason Winters International, you may have noticed that we offer many of our tea blends with added stevia.  If you don’t know what stevia is or why we add it, we’d like to introduce you to this naturally sweet herb.

Stevia (Stevia rebaudiana, Bertoni) is a plant that is native to regions of North and South America, including Brazil, Paraguay, and Argentina. It has been used to sweeten tea and make beverages in the 16th Century.  Currently, there are over 15 different species of stevia that can be found within the Americas. 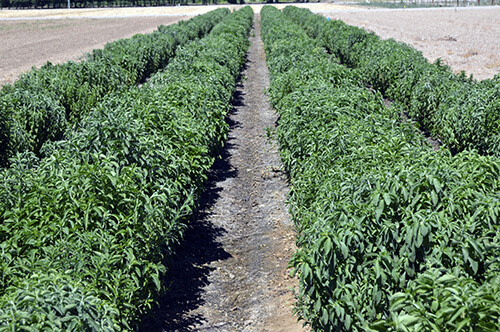 This bushy plant that grows in warm, tropical climates can be up to 400 times sweeter than cane sugar.  But you don’t have to travel to the tropics to get it. Stevia has spread as a cultivar to gardens all over North America, Canada, Asia, and throughout the world.

While not officially a sweetener in the eyes of the U.S. Food and Drug Administration, stevia is an herb that is Generally Recognized as Safe (GRAS). Because of this designation by the FDA, it can be used as a food supplement or additive. The use of stevia has been steadily increasing over the last few decades.

One of the best things about stevia is that it 100% natural, so there is absolutely nothing artificial about it like sucralose or aspartame. And because we feature many of our Sir Jason Winters herbal tea blends with added stevia, there’s no need to add either sugar or honey! The stevia in our tea blends gives them all of the sweetness you want but with no added calories. That means you can enjoy a cup of sweet tea and never have to feel guilty!

Of course, you may always choose to add a bit of raw honey or pure cane sugar to your tea to make it sweeter if you wish, though this will add extra calories to your drink.

What Is It That Makes Stevia So Sweet?

Stevioside and Rebaudioside A (Reb A) make up the highest concentration of these. After the plant blooms, the leaves of the stevia plant are harvested and dried. The stevia leaves can be used in this form, powdered or go on through an extraction process to become a liquid concentrate. This is what is most often found in stores. The final product can be found in both powdered and liquid form.

Stevia vs. Other Sweeteners

Many people have discovered that because stevia is considered a nonnutritive sweetener – meaning that it doesn’t leave any extra calories – that it is much better for you than sugar or other types of sweeteners.

If you have a bit of a sweet tooth or prefer the tea that you drink to be sweet but are also watching your weight, stevia can be a great help. Most other low calorie, sweeteners like aspartame, saccharin, xylitol, or sucralose have been created as sugar replacements, and almost all of these are produced in a laboratory.

Some of these same sugar substitutes have also shown potential side effects like memory loss, seizures, and depression, and health concerns in humans who consume them over long periods.  There have been additional concerns raised by scientific researchers that these same artificial sweeteners can potentially increase the risk of certain types of cancers including leukemia, multiple myeloma, and non-Hodgkin’s lymphoma.

Stevia, when used as recommended, displays none of these types of side effects. In fact, some studies have shown stevia may contain additional health benefits. In a recent study conducted in 2010, stevia significantly reduced insulin and glucose levels in participants and yet still left them feeling satisfied.  Researchers agree that while the results are not conclusive and more studies are needed, stevia may help in weight loss. The lack of an insulin response also means that it may help diabetics control their blood sugars.

In an additional study conducted in a laboratory setting in 2017, researchers found that the steviol glycoside contained within the stevia plant, stevioside, could kill up to 71% of breast cancer cells (MCF-s) in vitro after a short term treatment of just 72 hours. (Gupta et al.). 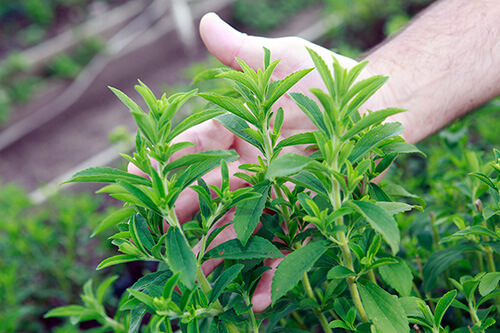 As you can see, stevia contains many health benefits.  As with any herb, if you are pregnant, have heart disease, high blood pressure or diabetes, it is best to discuss with your doctor or other healthcare professional before using stevia.

If you like your tea sweet but want to make your tea breaks healthy, then go for our stevia-sweetened varieties. You’ll satisfy your sweet tooth while keeping your weight down and your blood sugars low. If you want to add stevia yourself, you can find it in most major grocery stores in the sugar aisle. Be careful when you use it. You’ll need far less than you think and you could easily oversweeten your tea. Try adding a drop of concentrate at a time, stirring each time, to find the number of drops you need to reach the sweetness you want in your drink.

“The New Age Herbalist: How to Use Herbs for Healing, Nutrition, Body Care, and Relaxation” by Richard Mabey, 19888 Gaia Books, Ltd. London

The Traditional Goodness of Oolong Tea
Scroll to top