With a terminal cancer diagnosis and given just a couple of years to live, Sir Jason was determined to turn to nature to help himself. He did so, and inspired millions of people around the world.

One of those who was so inspired was Dr. Yoshinori Katakura, who serves as a faculty member at one of Japan’s leading research universities, Kyushu University in Yoshinori, Japan. In October 2022, Dr. Katakura released the results of an anti-aging study he and his team conducted that involved Sir Jason Winters Tea.

What Was The Study?

Dr. Katakura and his team wanted to find out what foods, herbs, and supplements could help slow the effects of aging and the prevention of diseases often associated with the aging process. Some criteria that Dr. Katakura was looking for were:

Among the products and foods reviewed was Sir Jason Winters Tea. Dr. Katakura is an agriculturalist, botanist, bioscientist, and someone well aware of the purported healing properties of herbs.

He believes that traditional healers and herbalists have used ingredients such as sage, chaparral, red clover, oolong, and other herbs like Xian, to help promote healing and longevity. These ingredients are also found in Sir Jason Winters Tea.

Concern for an
Aging Population

Over one-fifth of Japan’s population is now 65 or older. Health experts in Japan believe that by the year 2050, one in ten people in Japan will also have developed age-related dementia. This concern drove the study.

Dr. Katakura strongly believed that a person’s lifestyle can significantly affect the quality of a person’s life in their elder years. During his years as a researcher, he has found that good nutrition, regular aerobic exercise, and adequate sleep all work hand in hand to help keep a person healthy and potentially slow the aging process.

He suspected certain foods could directly affect whether a person either developed or didn’t develop certain health concerns. He wanted to determine if specific foods could either slow or potentially stave off cognitive and other diseases.

Could the study show that consuming certain foods and supplements, along with sound, restful sleep, and regular exercise, be beneficial?

Dr. Katakura and his team wanted to know how to deal with dementia through diet and exercise. By choosing good food and getting plenty of exercise, could someone potentially delay or prevent cognitive decline?

He first looked at Sir Jason Winters tea because of its reputation for promoting weight loss. He believed that given the time-tested ingredients found in the tea, it was possible that the tea would provide muscle support which would, in turn, encourage the burning of calories and would cause weight loss and overall better health.

The scientists’ chief hypothesis was that Sir Jason Winters tea might improve the metabolism and strengthen and improve muscle mass. In turn, this would improve brain function and slow down cognitive decline.

Preparing Samples
for the Study

During the study, Dr. Katakura brewed a strong decoction by boiling and adding three bags of Sir Jason Winters herbal tea to the water. The water and tea were then boiled for approximately 10 minutes, then let sit for 90 minutes.

The samples were filtered and introduced to muscle cells to see whether there were any notable changes in gene expression in the samples as compared to the muscle cells of runners who sprinted, ran medium, or long distances.

Dr. Katakura and his team were excited to find that Sir Jason Winters teas showed signs of not only reducing calories but doing so while rejuvenating the various muscle groups and activating SIRT6, or the longevity gene within the body.

The SIRT 6 gene helps to govern

Not only did the study participants display improvement in metabolism, the normalization of digestion and elimination, and overall cognitive function, but there were also improvements in the skin’s elasticity. All these affect signs of aging.

The Kyushu University researchers found evidence that using dietary therapy and herbs appeared to increase metabolism, cognitive function, and hormonal balance. And here at Sir Jason Winters International, we are definitely excited by the potential of the study conducted by Dr. Katakura and his team.

Disclaimer: The statements made in this blog have not been evaluated by the U.S. Food and Drug Administration.

Please note that all information provided on this website is not intended to recommend, diagnose, treat, cure, or prevent any medical condition or to replace the advice of a doctor or other qualified healthcare professional. Take only as directed.

Do not exceed the recommended dose of this or any other Sir Jason Winters product. Keep all dietary supplements out of the reach of children. 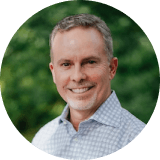 A blogger, healthy lifestyle enthusiast with slight “addiction” of planning and organizing. Whether it’s about weight loss, body detoxing or herbal and healing teas.