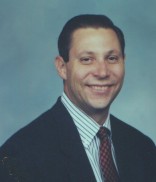 It is rare for a week to pass without someone asking me about the differences between natural herbs and pharmaceutical drugs. Which is better, herbs or drugs? The answer often depends upon who you ask and upon the circumstances surrounding the inquiry. Most Western educated medical doctors are quite sophisticated with regard to the use of pharmaceutical drugs but have little or no experience with herbs. These physicians were never educated about the benefits of herbs and some or them may even have strong negative opinions about their value. On the other end of the spectrum we have advocates of alternative medicine who place a high value on natural herbal therapies. Many alternative medicine advocates also recognize the value of pharmaceutical drugs, while others may distrust or even fear modern drugs. Ask around, almost everyone has an opinion on the subject. The question is, who is right?
The answer is that both groups are right and wrong depending upon the circumstances presented. In other words sometimes modern pharmaceutical drugs are better and sometimes herbs are better. Realize that this is a most unsatisfactory answer so please give me a chance to explain myself.

As most of us know, herbs are derived from all natural plant materials (roots, leaves, stems, berries, etc.) that are generally thought to posses natural health promoting qualities. Though many people would tend to describe herbs as simple and natural materials they are anything but simple. Most herbs tend to be rather complex and actually contain dozens and sometimes even hundreds of unique natural bioactive substances. These unique substances vary greatly from each other in concentration, potency and physiologic activity. The overall physiological effects that we attribute to an single herb is actually the sum of the individual effects of each of the unique substances present in that herb. In addition to their complexity, herbs have one other unique quality known as balance or tonicity. Many herbs are described as balanced or tonic because they posses a variety of different physiological effects that tend to buffer (modulate) the overall effects of the herb resulting in a relatively gentle “natural” physiologic action. Because of their gentle and natural action and general lack of side effects, herbs are a natural choice as long term dietary supplements to help strengthen the body and prevent disease.

In comparison to herbs, most pharmaceutical drugs are quite simple and contain only a limited number of active and highly purified substances (usually only one). Consequently most drugs lack the complex buffered action seen in herbs and rather tend to be more focused and unidirectional in regard to their physiological activity. For the most part drugs also posses greater potency than herbs. While high potency drugs have many therapeutic advantages over herbs they do have the disadvantage of causing more side effects. The vast majority of drug side effects are bothersome but can be managed by a trained physician and a compliant patient. Some side effects can be more serious and even life threatening however, and doctors and their patients must always weigh the benefits of a drug against its potential to cause serious side effects.

While many people believe that most modern drugs all consist of dangerous man made chemicals produced in laboratories, the truth is that most of our present pharmaceutical drugs had their origins in natural substances. Many modern drugs are actually derived from individual natural substances (many of which are contained in herbs) that have been isolated, purified and highly concentrated in order to promote a single valuable therapeutic effect to the exclusion of the buffering effects of the other compounds normally found in that herb. Aspirin, one of the single most valuable drugs ever created is a perfect example of this process. Many years ago scientist began to study the bark of White Willow tree because it seemed to have the ability to relieve pain when it was chewed and ingested. More sophisticated equipment and techniques eventually allowed scientists to identify Salicylic Acid as the single substance that gave White Willow bark this unique property. Further research eventually resulted in the synthesis of the semisynthetic (meaning a chemically altered natural compound) drug Acetylsalicylic Acid (ASA) or aspirin as it’s commonly called. By adding an acetyl group to the natural salicylic acid molecule, scientists created a wonder drug that is both more potent and better tolerated than the original salicylic acid contained in White Willow bark.

All of this is very interesting but what does it have to do with the question that we are trying to answer. I am glad that you asked and will proceed to provide that answer. In general, herbs tend to be balanced, mild acting and natural in their effects while drugs tend to posses more potent unidirectional effects. Each class of substances has it value depending upon what you are trying to accomplish.

For example, if you are having a heart attack and are near death the mild and gentle action of most herbs would be of little benefit. What you need is a lightning fast, high potency drug that has only one effect, that of getting your heart beating again, pronto. The fact that the drug is highly potent, very powerful and super fast acting is your only hope for survival. Side effects are of little concern without the drug you will be dead in 2 minutes. The highly trained cardiologist who is treating you has to administer the drug over a thousand times and fully understands the positive and negative effects that the drug may produce. Any side effects that are produced can be dealt with after your heart starts beating again.

To better understand this situation lets imagine that you are in a car that has stalled on the railroad tracks and directly in the path of an 80 mile per hour freight train. If your car was built like an herb (complex with many features) it would have a custom steering wheel, gas pedal brakes, a clutch, and a gear shift for the four speed transmission. The car would also probably have air conditioning, power windows, a stereo radio with a CD player, etc., etc anyway you get the picture a lot of complexity. By the time you start the car, find first gear turn off the radio and turn up your air conditioner (your are really sweating) ……..you will find yourself 1/4 of a mile down the tracks and in so many pieces that a master puzzle maker couldn’t put you together again.

What happened? The complexity of all those features confused the issue, that’s what happened. What you needed was a car designed like a drug. High potency, very powerful and super fast acting. If your car was a drug it would look very different from the car we described above. Your car would be a dragster forget the radio, air conditioning and all that stuff. You don’t even need brakes, a four speed or a steering wheel.. What you need is 500 horsepower and a gas pedal. Music, air-conditioning, steering and even stopping are all things that you can worry about after you get off the tracks alive! The moral of this story is that if you want to push things very hard in one focused direction it is generally best to use a drug.

Now that you have made if off the tracks and have escaped death you would probably like to relax and enjoy life. Since the car built like a drug is uncomfortable and difficult to control (a lot of potential side effects) you had better exchange it for a car built like an herb. A car built like an herb is well balanced and really enhances your ability to maneuver around the challenges you face during normal everyday situations. A car build like a herb has all the options that you need to keep yourself out of the kind of trouble that would require you to use a drug.

The answer to the question should now be clear. Herbs tend to be balanced gentle acting and relatively free of side effects. When one is trying to prevent disease, promote good health and improve the quality of life, herbs are often the answer. Herbs can also be effective as actual therapeutic modalities for some mild diseases. Most herbs can be self-prescribed, by well informed lay people, and do not require a visit to a doctor or a prescription to obtain. As more people become familiar with the wonderful effects of traditional herbal formulas they will begin to recognize the benefits that these “natural medicines” have to offer.

Drugs on the other hand are more specific and unidirectional in their action, more potent and generally faster acting than herbs. Their general lack of their balance and their greater potency tends to increase potential to produce side effects, but this is the price that must often be paid for the positive benefits that they provide. If you are suffering from a serious medical condition (heart disease, cancer, diabetes, etc.) the use of drugs may be your only chance for survival. Modern drugs can cure disease, improve the quality of life and literally help doctors work miracles. However, because of their potency and potential for side effects, the decision to use them should never be taken lightly.

These are exciting times for anyone interested in health and longevity. Unlike people living during other times in history, we have the ability to benefit from the advantages of both traditional alternative medicines and sophisticated modern pharmaceuticals. Both herbs and drugs have their place in the prevention and treatment of disease. More and more health professional (doctors, pharmacists, etc.) are now recognizing the value herbs and are rapidly becoming advocates of, rather than skeptics of alternative medicine.

Herbs and drugs are like the right hand and the left hand of health and longevity. Herbs and drugs compliment each other and while you can get by with one or the other, life is best when you have the benefits of both. Edward M Lieskovan, Pharm.D