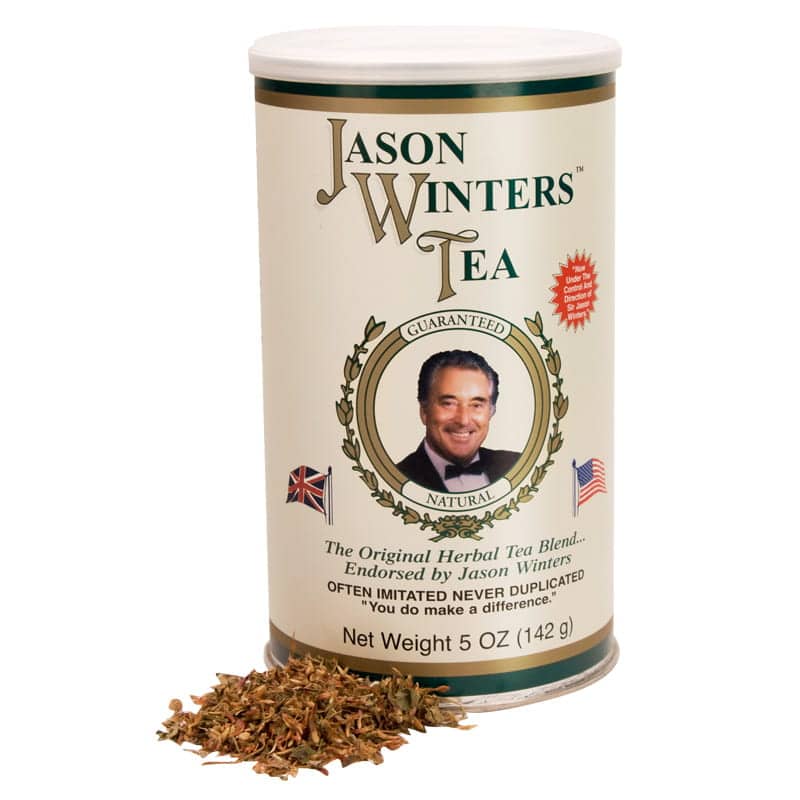 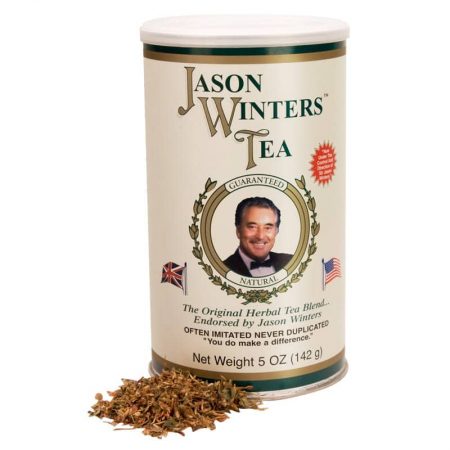 Our Most Popular Tea!

Subscribe to receive 5% off your monthly or bi-weekly order.

In stock (can be backordered)

There was no one to teach primitive man what plants he could and could not eat. Each culture had to discover the foods in its own environment that met its needs. Over thousands of years emerged an understanding of edible plants, with special properties which we call herbs. This hard earned wisdom remained alive in the traditions of the few ancient peoples who survived into the twentieth century.

It was to these ancient cultures in diverse parts of the globe that world renowned Sir Jason Winters traveled as he sought the herbs for his herbal tea. In the rain-soaked pastures of Europe, descendants of ancient gypsies showed him where to find the finest blossoms of Red Clover and in the arid deserts of the Americas, he learned the incredible wonders of Sage and Chaparral from Indian wise men.

Finally, after a long and arduous search in the Far East, he was introduced to the special herbal spice that sets Sir Jason Winters’ Herbal Tea apart from all others. These herbs blend and interact together, each one highlighting the properties of the other. Though many imitators claim otherwise, only Sir Jason Winters has been able to achieve this exclusive blend. His tireless research is finally bearing fruit for those in need. Modern society begins to accept the remarkable properties of herbs, Sir Jason Winters’ Herbal Tea is becoming sought after all over the world. The wonderful success of herbs should come as no surprise. These are not recent, miraculous discoveries, but centuries old, tried and true formulas from a time when human beings were, by necessity, much closer to nature. Whatever they needed, they simply turned for help to their environment. In this tradition, Sir Jason Winters has created much more than an exquisite gourmet delight. It will revitalize the very soul of all who drink this remarkable tea.

Brewing Instructions:
Use two teaspoons to one pint of boiling water. Allow to steep 15 minutes. Sweeten to taste. Drink one cup before each meal and one at bedtime. Can be made into sun tea – two teaspoons per pint.