Here at Sir Jason Winters International, we are more than a little passionate about tea. Many people enjoy a cup of Joe first thing in the morning and have come to depend on it to give them the quick start needed for each day. Recent studies have shown that coffee has some similar health benefits to those derived from drinking tea, like the ability to reduce the risk of diabetes and promote weight loss. 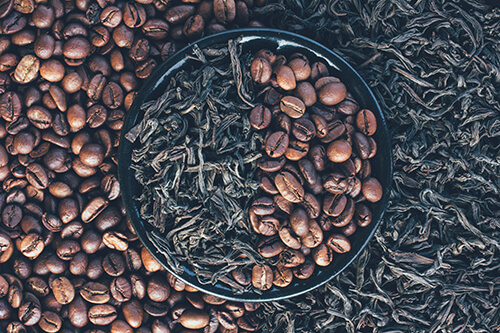 In 2017, the National Geographic Society reported that coffee is extremely vulnerable to climate change. There are some countries dependent on the continued stability of the coffee market for their survival while other countries have recovered their losses by branching out with different crops. Climate scientists have found that many tropical regions where coffee is traditionally grown like Africa or Central and South America are now suffering from severe stresses that are directly attributed to climate change. Deforestation, disease, pests, and rising global temperatures are affecting how 70 out of the 124 wild coffee species may actually be facing extinction around the world. These wild species make up 60% of the coffee that is consumed today.

If you have ever thought about making the switch from coffee to tea, here is some advice to help you make the change.

Making the switch from coffee to tea may seem daunting at first. Once you have succeeded in making the switch, you may find that your palate is more sophisticated and can pick up tastes and aromas that you never noticed before. Being able to discern the various types of teas, as well as the herbs and spices within the almost endless variety of possible blends will only add to the enjoyment.

The Cost of Coffee vs. Tea