For years, health experts have been touting the benefits of flaxseeds and flaxseed oil.  They harvested flax in ancient Egypt from the time of the pharaohs.  This ornamental plant, known by its botanical name of Linum usitatissimum, was used to make cloth, paper, and even furniture finishes in the form of linseed oil.

Later, scientists and nutritionists discovered that the seeds of the plant have a lot of nutritional value and can be used in a variety of foods to provide ever-important Omega-3 fatty acids to the daily diet.

To get the full benefit of the nutrients found in flaxseeds, they have to be ground up just before you eat them. If they are ground too soon before being eaten, they can lose some of their efficacy. When eaten this way, flaxseeds help provide necessary dietary fiber and can even aid in weight loss because you feel fuller longer.

Another approach to getting many of the benefits of flax seeds into your diet, however, is by taking flaxseed oil supplements every day.

Here are just a few of the potential health benefits that flaxseeds and flaxseed oil can offer. 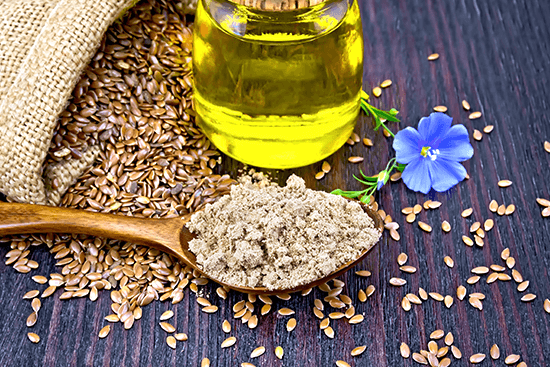 Our bodies and brains need Omega-3 fatty acids to function properly. Alpha-Linolenic Acid (ALA) is an essential nutrient in our daily diet. Our bodies take the ALA from flaxseed oil and convert it into other types of fatty acids. These additional fatty acids include docosahexaenoic acid (DHA) and eicosapentaenoic acid (EPA).

As humans, we need ALA for our brains to function effectively, to boost our immune system, and support good eye health. Omega -3 fatty acids also act to balance emotional health and can improve focus and alertness.

Flaxseed Oil Is An Excellent Source of Plant-Derived Protein

With more people leaning toward reducing their regular consumption of meat and animal products, keeping enough protein in their daily diet is especially important. Flax seeds contain more than 18% protein and can help to maintain your body’s strength.

Both flaxseeds and flaxseed oil can act to lower LDL or “bad” cholesterol. According to a study conducted at the University of Tokushima Graduate School in 2015, researchers found that LDL cholesterol was significantly reduced in participants who consumed flaxseed oil once per day.  Those in the study who used corn oil instead, however, saw no lowering of cholesterol levels. 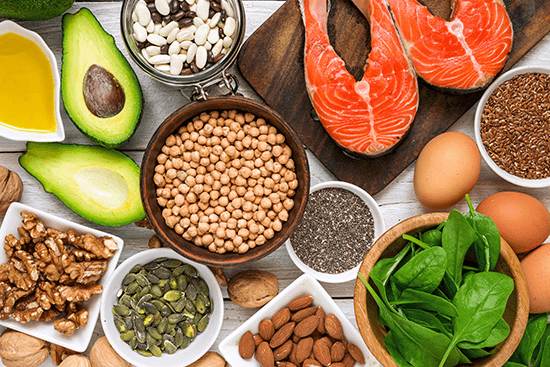 A research team in Costa Rica conducted a study involving some 3.638 people which found that those who had higher levels of Omega-3 fatty acids or ALA in their diets had significantly reduced their risk of heart attack or stroke by as much as 14% than those who consumed less Omega-3s.

Flaxseed Oil May Reduce the Risk of Some Cancers

In 2015, researchers in India found that after 12 weeks of consuming Omega-3s such as those contained within flaxseed oil, participants reduced the onset of Type 1 and Type 2 diabetes.  The study focused on women who were going through menopause, and both men and women men who were considered obese.  The Indian study concluded that those who took flaxseed oil could also reduce their diabetes risk.

In a double-blind study conducted by researchers in Basel, Switzerland, researchers found that after 12 weeks, participants saw decreases in skin sensitivity, hydration, and trans-epidermal water loss (TEWL). Switching to safflower oil supplementation showed an increase in roughness, and hydration was not as significant. The study concluded that a daily intake of flaxseed oil helped to moderate skin condition and potentially reduced the incidences of contact dermatitis and eczema.

Consuming flaxseeds or taking a daily flaxseed oil supplement is something that is generally recognized as safe (GRAS) by the US Food and Drug Administration (FDA), and they don’t currently regulate it.

Even though it is safe for most people to take, like any herb or supplement, it’s an excellent idea to speak with your doctor or healthcare professional. We advise caution when taking flaxseed oil for women who are pregnant or breastfeeding.  Certain health conditions and medications may also be considered contraindicated.

If you are scheduled to undergo surgery, your doctor may also recommend that you discontinue using flaxseed oil for a period before and after the procedure.

Putting the Power of Flaxseed Oil to Work for You 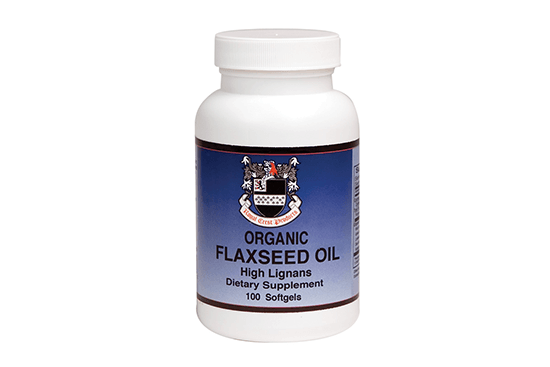 Sir Jason Winters devoted much of his life to researching these kinds of herbs and foods that are potentially good for the body. Because flaxseed oil has some of the highest levels of antioxidants and Omega-3’s, we wanted to offer it directly to our customers.

Each bottle contains 100 soft gels. Three are to be taken each day, one per meal. Regularly priced at $16.85 per bottle, you can enjoy our Flaxseed Oil supplement that is now just $8.50 per bottle!

To save an additional 5% on each bottle, why not take advantage of our convenient subscription service? You will have your products delivered directly to your home every two weeks or once each month. Because this is such a substantial discount, we are limiting quantities to just five bottles per subscription.

Give yourself or someone you love a special gift by ordering our flaxseed oil supplement today!

The Power of Psyllium