You are here: Home1 / Frequent Questions 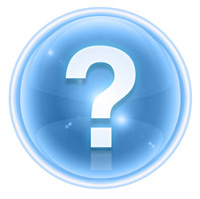 A.
YES. In 1977, Sir Jason was diagnosed with a massive infiltrating squamous cell carcinoma with branchial cyst origin. He had a malignant tumor attached to the anterior jugular vein in his neck.

What Treatments Did SJW Receive?

A.
Sir Jason received cobalt radiation treatments three times a day, for five weeks, which resulted in the right side of his face burned black, a loss of 77 pounds and the loss of his hair on one side. The radiation didn’t help the tumor at all, so the decision was made to surgically remove his entire tongue, right jaw bone and portions of his neck. Sir Jason refused this surgery after he was told that this procedure would only prolong his life for a few months at most.

Is SJW Against Traditional Forms Of Medicine?

A.
NO. On the contrary, Sir Jason is the president of The Federation Of Integrated Medicine. The main goal of the Federation is to bring together Orthodox (traditional) Medicine and Complementary (alternative) Therapies for the benefit of all mankind. Sir Jason has always said, “If you are ill, see your doctor. Tell him you will do whatever he feels that you should, then ask him if it is all right to change your eating habits, your way of thinking and to take herbs. Any thinking doctor will see no problem with this”. To read additional information about The Federation Of Integrated Medicine Click Here.