Green tea is a super-drink that offers far more health benefits than most other types of drinks. Also, because it’s mostly water, you tend to stay hydrated while getting the benefits of anti-oxidants in green tea.

But for how healthy green tea is, is there a chance that it’s unhealthy for unborn babies?

Pregnant women are often forced to radically change their diet and depending on your current tea-drinking habits, you might have to change the amount of green tea you drink if you’re expecting.

Fortunately, the general consensus among experts is that you don’t have to cut out green tea entirely – but you should definitely keep track of how much caffeine you drink.

Keeping Track Of What You Drink 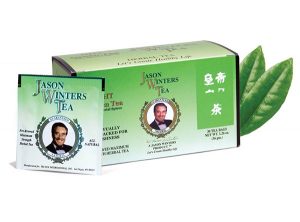 Because pregnant women need to drink more water than when they’re not pregnant, tea becomes a great way to get your minimum amount of fluids.

Also, green tea has tons of benefits that can keep soon-to-be mothers healthy during pregnancy.

But there’s a limit to how much green tea pregnant women should drink – or anyone for that matter. The main reason for this is the caffeine found in green tea. Yes, green tea has much lower levels of caffeine than black tea or coffee, but there are still traces of caffeine to be found, and too much caffeine can lead to problems with pregnancy, according to one study.

There is no sure-fire method for determining how much caffeine is too much for a fetus, but if too much caffeine is bad for adults then there is definitely a limit. This is why pregnant women often cut out coffee entirely. But green tea has less caffeine, so this might not be necessary. 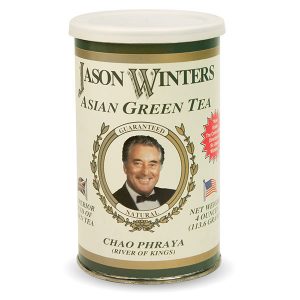 If you’re pregnant, the research shows that you don’t need to cut out green tea entirely. Experts disagree on exactly how much caffeine is too much, but expecting women should play it safe and limit themselves to around 200 mg a day – roughly 2-3 cups of green tea, depending on the type of tea you’re drinking.

To be safe, 1 or 2 cups of green tea a day will give you less than the 200 mg of caffeine, meeting the standards of most studies. Of course, some soon-to-be mothers may decide to cut out green tea entirely to avoid any issues which is a perfectly reasonable decision.

Keep in mind that green tea accumulates; if you drink 3 cups of green tea for 5 straight days, then you’ve suddenly consumed 15 cups of green tea in less than a week. Fetuses metabolize all chemicals slower than adults, so the caffeine can linger. Try to keep track of how much green tea you’re drinking each week.

It’s up to expecting mothers to decide what they do while pregnant, but research shows that a limited amount of green tea should not pose any threat to the unborn baby.

Most importantly, a pregnant or expecting mother must always talk with their doctor before taking any vitamin, supplement, tea, etc.

The Flavor And Benefits Of Chaparral
Scroll to top