Blog - Latest News
You are here: Home1 / Sir Jason Winters Blog2 / A Legacy to Live up To

Picture, if you can, a man of greatness. Imagine, if you will, an individual possessed of a daring and most intrepid nature.

A man that crossed the Sahara desert by camel, that traveled over the Canadian Rockies by hot air balloon and – when not satisfied by this – sought to be the first man to traverse the Atlantic Ocean by hot air balloon. A man who was a Hollywood stuntman for over twenty years and when faced with death from terminal cancer, did not fade quietly into the night but instead rose up to the challenge and overcame it!

And after you’ve done all of that, now envision growing up in the presence of that very same man… a man celebrated by many as Sir Jason Winters.

A Birthright of Distinction

Very few of us have the privilege of growing up in the presence of the extraordinary. Of coming of age amidst the accomplishments of Sir Jason Winters. And while most of us may be content to bask in that warmth, few of us will choose to take the challenge and live up to that legacy.

But this is no ordinary person. This is Sir Raymond Winters.

A Life of Consequence

When Raymond Winters was appointed the head of Jason Winters International, his goal was to not only preserve the legacy of his father, but to expand on it. He has exemplified the traits epitomized by Jason Winters and through his work, he seeks to make a difference in the world. He endeavors to impact the lives of other via words of faith and wisdom. He strives to remind others that there is always hope.

To declare a life of prominence is perhaps facile. But to actually accomplish it is another matter. Sir Raymond Winters has more than fulfilled this promise.

A Bequest of Importance 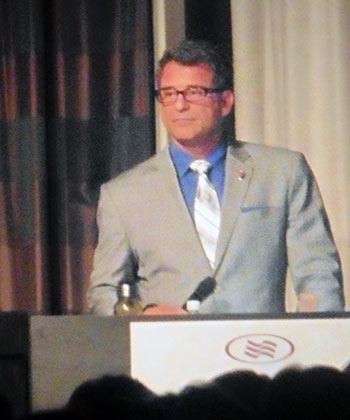 For Raymond Winters, it is not enough to just live up to a legacy. The true measure of such an inheritance is to ensure that it blooms forth and flourishes. Raymond Winters carries on the work of his esteemed father. He sustains the belief that the healing arts, both orthodox and unorthodox, can restore our bodies, alleviate our suffering and enhance our lives. The products his father spearheaded continue to be created with the utmost attention and with the best raw ingredients.

A strong immune system is the cornerstone of good health and a long life. And to achieve that, Raymond Winters is committed to offering the best service, the best products, and the best support.

“It is our obligation to ensure that we remain healthy so the choices we make reflect the life we will lead. It is important that we look after ourselves psychically and emotionally-  So never… never let any one stop you from training… or trying to achieve a goal, fitness or otherwise.”

A legacy we should all be proud to live up to.

5 Amazing (and Proven) Benefits of Green Tea
Scroll to top